On Wednesday, my sister and I were headed to Phillip Island. I dubbed this day ‘animal day’ since the tour included a stop at a nature center and finished with the Penguin Parade at Phillip Island. Before our trip, I had planned and booked a couple of nerdy, Lord of the Rings tours.  So, this was a tour selected by my sister who loves animals.

The tour pickup was not until 1.30 so we first made our way into the downtown area of Melbourne to eat lunch. Out brother was able to join us before his work duties. We ate at a cafe on a busy street where we could do plenty of people watching. It was nice to enjoy a long lunch without any one rushing us (that would be little people who can’t sit still, aka, kids).
We found that Melbourne is very proud of their coffee. According to one local, 94 Starbuck shops opened in the city. All but 3 of them closed their doors. The ones that were left are visited only by tourists. My brother had a cappuccino and said it was very good.
After lunch it was time for us to go to the pickup point for the tour. Unlike the Great Ocean Road tour, we had a smaller, Mercedes Benz van with less than 10 attendees including us. My sister sat up front with our tour driver. They were kindred spirits in that both were women who enjoyed traveling the world.
In fact, many of service industry staff we encountered during our trip were people who were from various parts of the world visiting. They came from France, Germany, Italy and even the US. Most would spend a year (due to visa restrictions).  They would work as a tour guide or wait tables.  In their free time, they would experience their surroundings.
For me, it was nice to sit in the back of the van and just relax. We had been moving at a quick pace for the last few days. I spent my time regrouping. I setup the GoPro equipment for the upcoming tour. Plus, checked some email from back home and just listened to music.

Our first stop was a nature center. At first it seemed to be a typical zoo except for the koala bears hanging out in the eucalyptus trees. However, as we got deeper into the park, I started doing double takes. There were many animals moving freely through to park with us. I saw a wallaby, wombat and, finally, my first face to face with a kangaroo.

Seeing the kangaroo made me think of some Hollywood movie. I approached him say ‘hey little buddy, hey there’. Fully expecting him to launch at me and kick me square in the face.
We entered the park with a bag of food for the animals. I fed the kangaroo a few morsels from the palm of my hand. The roo approached quickly and, using his claws, held my hand while he ate from my hand. Was a very cool experience. Soon, several kangaroos appeared and began feeding as well.
My sister (the roo whisperer) actually saw a mother with baby in her pouch. She was able to feed the baby as well. Was sorry I missed that as I had moved on to the emu section.

The emu’s were in a fenced in section since they were a little more aggressive. Our tour guide warned us to enter at our own risk. But, boldened by the GoPro camera on my backpack, I entered the fray.
I had to put the food in my pocket as the emu’s were not concerned with personal space. The nature center did have some red kangaroos in this section. I was able to slip them a little bit of food when the emu’s got distracted by other visitors.
Our visit of the nature center ended with a look at the dingos. Was interesting observing the wild dogs as they traveled their domain in packs.  As we got back into the van, we could hear them all howling.

After leaving the park, we headed to a small coastal town for a quick bite to eat. My sister and I had some forgettable fish and chips as we ate on a bench by the water.  The food may have been ordinary but the view of the ocean was not.
We then left for our final destination, Phillip Island, to see the parade of penguins. We made a couple stops on the way to see the coast.  Just beautiful.  The hills were filled with penguin burrows.  Some man made, some penguin made.  The penguins would go to the ocean during the day to fish and return to sleep in the burrows at night.

Around dusk, we arrived at the Penguin Center.  Each night, hundreds of penguins come in from the ocean after a long day of fishing.  They then waddle their way to their burrows for a good night sleep.
We were sent to an underground viewing area that would allow us to be ‘eye to eye’ with the penguins when they came off the beach.  As darkness fell, the penguins began to come in from the beach in waves of 10 – 20.  Some had eaten so much fish at the underwater buffet, that they literally could not walk.  They were crawling on their bellies.  According to the guide, these penguins would soon be molting (shedding some feathers) and would be unable to fish for a few weeks.  Thus, they would stuff their bellies until they could not hold any more.  Not sure about that.  I think some were just little piggies in a penguin suit.

My sister and I

After viewing them at eye level for a while, we went up top to watch from the beach.  I don’t have any photos from the ‘parade’ since the park does not allow photography of any kind.  Camera flashes will confuse the penguins and since many people have difficulty turning of their flash, all photography is prohibited.  That did not stop some people though.  Many would sneak photos when the guides back was turned.  And yes, some would forget to turn off their flash while filming.  It was actually quite nice to just observe and not be so concerned about filming.  Below is a video that describes pretty well.
After about an hour, all the penguins had come in and settled into their burrows.  Our tour group then met up and made the long trip back to Melbourne.  What a great day to observe nature up close and personal. 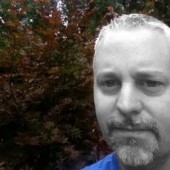